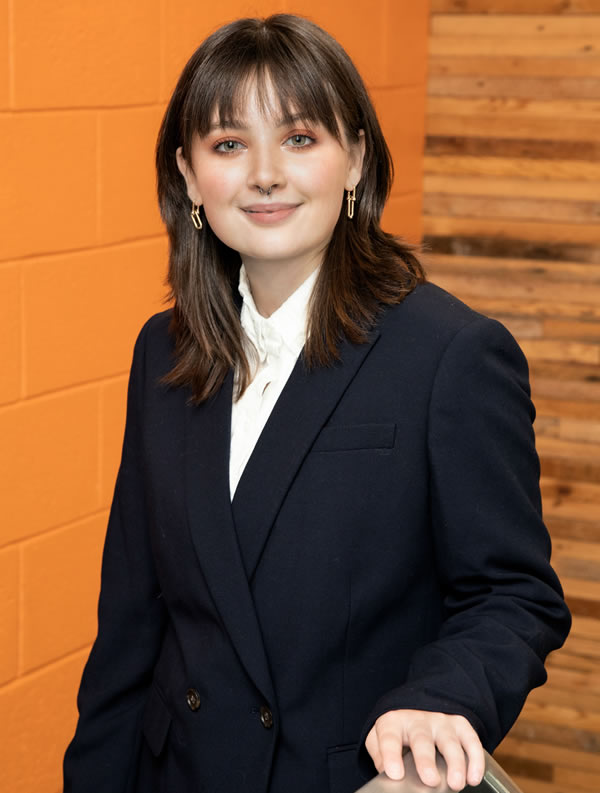 CREATIVE BRAND
Mada Young is uncategorizable and eschews cut-and-paste architecture, defining their creative brand by mixing, matching, and observing. Mada hails from Indiana and attended Columbia College Chicago, earning a BFA in Interior Architecture. On interior architecture – Mada notes -- it is as if interior design and architecture had a baby! (A perfect fit for Mada, who excelled early on in art and math at City Highschool -- an International Baccalaureate program based in Grand Rapids, Michigan).

UNBOXED
Mada is responsive to what clients think and want by listening and observing. As a result, Mada derives design inspiration from diverse ecosystems and rarely feels boxed into anything – gender, design, or architecture.

ETHOS AND PASSIONS
At Columbia College Chicago, Mada minored in women, gender, and sexuality studies. Mada is passionate about the queer community and, in their free time, can be found assisting and supporting queer youth.

SURPRISE!
Mada has been a trained professional hip-hop dancer since they were eight and was featured in music videos, hip-hop dancing, and directing.

WANDERLUST
Mada has traveled to Canada and hiked the Tetons in Wyoming. Mada loves to spend time with their partner and their family.